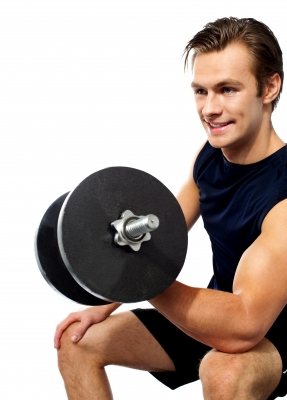 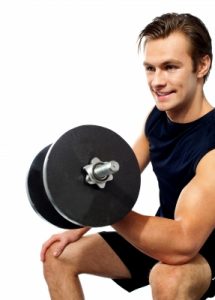 In every gym that you go to, you will see people pumping their biceps. Biceps along with the pecs and abs are sometimes called vanity muscles because they are the most visible and therefore commands the most respect. Invariably, when you ask someone to show you his muscles, he will probably flex his biceps.

Before we discuss biceps development, I want to point out that the biceps make up only one third of your upper arm with triceps the other two-thirds. So to have an impressive arm, you must build your triceps too or the effort on your biceps will not show good results. Many people fail to realize this and that is why you see them doing curls after curls without much improvement. We will touch on triceps exercises in another article. For now, let’s talk about biceps.

Here are some exercises that will blast your biceps. Most of you would have done some or all of these exercises. The question I am asking is, are the exercises done in the correct form and techniques because if they are not, you will most likely be wasting your time as your biceps will not grow to its full potential. Perform each exercise for 3-5 sets once or twice a week and at reps between 6-10, but make sure that at the high end of the reps, you will not be so fatigued that you can’t perform another rep in good form.

You can perform this exercise with either a straight bar or an ezy bar. This is a great mass building exercises for your biceps.

Stand with feet shoulder width apart and grasp the bar with an underhand grip, hands should also be about shoulder width apart. Curl the bar up slowly focusing intensely on the biceps contraction. Do not swing or use momentum to curl especially at the later stages when your biceps get weaker. Never swing or move your body, only your arms are moving. Keep your elbows locked to the side of your body and do not pivot them.

Then lower the weight, taking 3-4 seconds resisting the weight on the way down to emphasize the negative part of the exercise. Never let gravity pull the weights down.

At all times, do not curl or bend your wrist which must always be in a straight neutral position.

This exercise will hit different fibre in your biceps and gives you the peak bicep look.

Sit back on an incline bench holding a dumbbell in each hand, keep your elbows well forward throughout the movement, curl the weight upward and toward the shoulder level. Then squeeze your biceps hard at the top position. Lower the weights again, slowly under full control. The speed and techniques are similar to what was described earlier.

Similar to barbell curl but using the preacher curl station. This is an excellent bicep peaking isolation exercise.

Hammer curl gives your biceps the full look and your forearms are also working hard.

Similar to incline dumbbell curl except you will be using the hammer grip on the dumbbell like holding a hammer knocking nails in and standing up instead of sitting down.

Focus on the movement of your biceps all throughout the motion. Don’t lift weights that are too heavy that will compromise your form and techniques to show off.

By slightly turning and squeezing, you’ll build more peak on your biceps. Like all exercises, pose and stretch the biceps between sets. This is to flush out lactic acid and help your biceps recover better for the next set.

Remember to change the order of the exercises you perform after 6-8 weeks to shock your biceps into new growth and watch those arms grow!